We have got a pretty exciting weekend on our hands, with some fun football rivalries, a mega No. 2 vs. No. 3 showdown in the college ranks and potentially some elimination games in the MLB Postseason.
Kyle B
|
10/14/2020
Tweet This 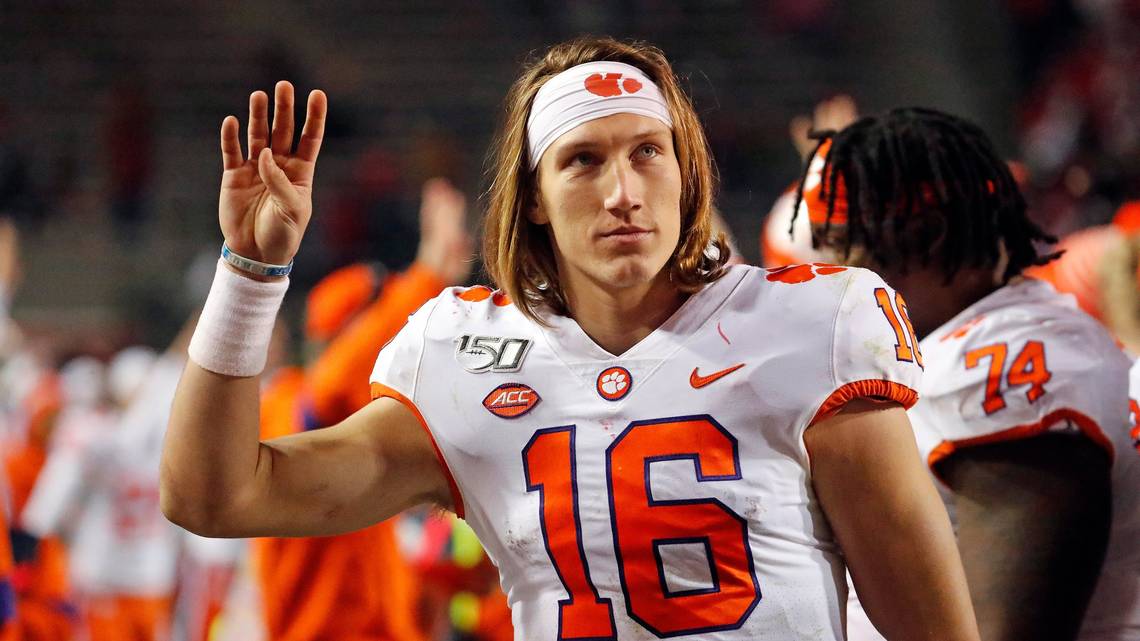 We’re just one week out from what will be a loaded weekend with the World Series, an exciting college football slate highlighted by the 2020 debut of the Big Ten, and a solid bunch of NFL games.

But first, we’ve got a pretty exciting weekend on our hands, with some fun football rivalries, a mega No. 2 vs. No. 3 showdown in the college ranks and potentially some elimination games in the MLB Postseason.

If you’re an early riser on the weekends, this early morning treat (7:30 a.m. ET) from across the pond is a must-watch. Known as the Merseyside Derby, these two rivals from Liverpool, England have a ton of history against each other. Everton are off to one of their best starts in Premier League history, sitting atop the table with four wins in four games and fans are starting to believe they may be in the hunt for their first league title since 1987.

Liverpool, fresh off their first league title in 30 years — and first in the EPL — are still favored in Saturday’s match at Anfield, despite getting smacked 7-2 the last time out against Aston Villa. The Toffees haven’t beaten the Reds since the 2010-11 campaign and haven’t won at Anfield in 21 years.

The top-ranked Tigers took care of business last weekend against No. 7 Miami and Dabo Swinney’s crew is looking like they’re primed for another run at a national title. Trevor Lawrence and the Tigers are averaging better than 42 points per game, while the Yellow Jackets are giving up 31.5 PPG.

Another Saturday, another storied SEC rivalry taking center stage. Last weekend, Tennessee had Georgia on the ropes at halftime, before the Bulldogs clamped down and outscored the Vols 27-0 in the second half for the easy win.

Things get a little tougher for UGA this time around, heading to Tuscaloosa to face Mac Jones and the Crimson Tide, who have put up 115 points in the last two weeks. The Tide have won the last five meetings in the series, including the overtime thriller in the 2018 CFP title game in Atlanta.

The Bears once again found a way to sneak away with a win last week, edging Tom Brady and the Buccaneers on Thursday Night Football to improve to 4-1 on the year. It’s no secret to say that record is better than Chicago’s play on the field has been in the early goings of the season, but here we sit in late October with the Bears’ NFC North title hopes alive and well.

The Panthers have rattled off three straight wins after an 0-2 start, despite losing star running back Christian McCaffrey to an ankle injury in Week 2. During that stretch, QB Teddy Bridgewater has completed just under 75% of his passes, racking up 824 yards, five touchdowns and one interception.

Sunday’s marquee matchup of the day is an AFC North showdown with first place on the line. Since a Week 1 disasterclass against the Ravens, Cleveland has turned things around in a big way, winning four straight, averaging 37.5 PPG in that span.

The Steelers have been humming along nicely this season, sitting at 4-0 and looking very much like a true contender in the AFC. Another weapon for Ben Roethlisberger emerged last weekend when rookie Chase Claypool out of Notre Dame hauled in three touchdown catches and scored another on the ground.

It’s been a simple equation so far this year. When the Rams score first, they win. The Rams (4-1) only loss of the season came in Week 3 at Buffalo when Josh Allen and the Bills got out to a 14-0 lead before a late Los Angeles rally in the fourth quarter ended in heartbreak.

The 49ers, meanwhile, looked awful in a Week 4 blowout loss to the Miami Dolphins. San Francisco is sitting at 2-3 and in desperate need of a division win to stay within a shout for the NFC West race. But they’ll likely have to do it without Jimmy Garoppolo under center.

It’s on to another weekend in the world of sports, the first of the fall that sees only football truly dominating the headlines.
›
Is Sports Betting Legal in your State?
Betting
›

The BEAR DOWN, CHICAGO BEARS Shirt

Jackpot Preview: How many yards will the Bears first Touchdown be?