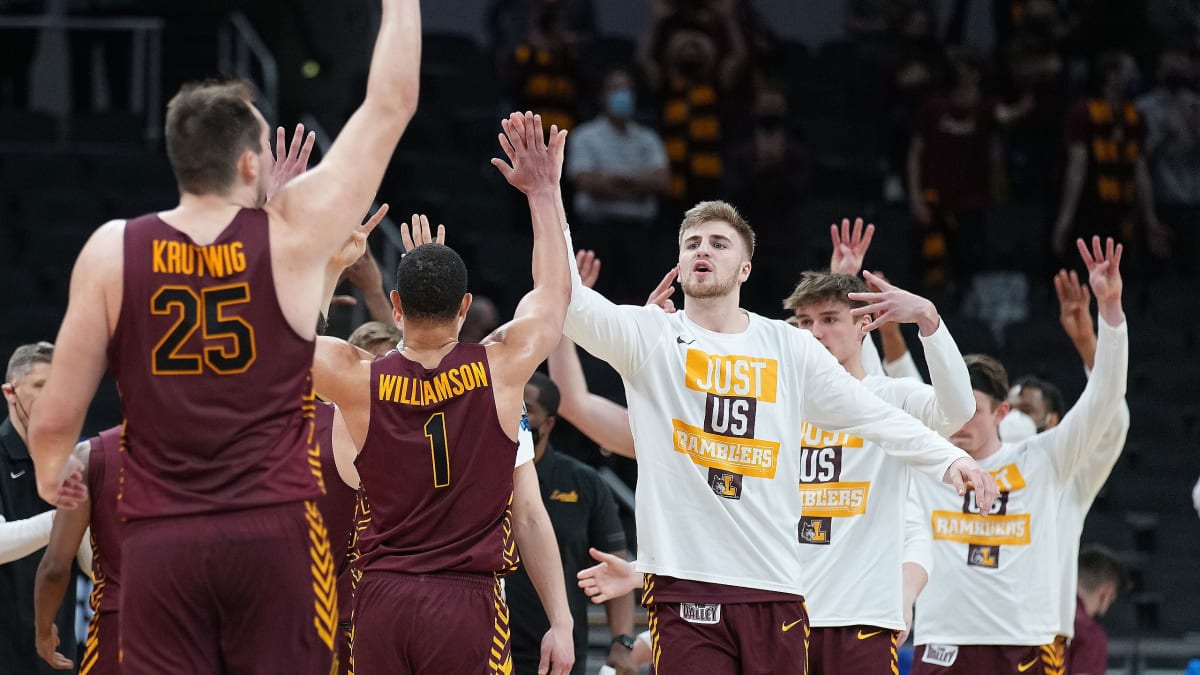 That was a wild first weekend of the NCAA Tournament. A fitting, yet cruel return of the greatest American sporting event. We had enough upsets to make up for the ones we missed out on last year, and now, no matter how busted your bracket looks, it’s time to move forward.

We jump back into the madness this weekend, with each Sweet 16 game on Saturday getting its own TV window — something I’m all in on. Since your bracket’s most likely one or two games from completely being toast, I’ve got some picks for every Sweet 16 game on the docket.

Sister Jean is back with a vengeance. The Ramblers of Loyola-Chicago are back in the Sweet 16 and have a real shot of reaching the Final Four again. Severely under-seeded, according to metrics such as KenPom and the NET rankings, Loyola is a real problem — just ask 1-seed Illinois.

Oregon State is a great story as well, but I think Wayne Tinkle and the Beavers will run out of luck against the top-rated defense in the country.

I’ll say I sort of “slept on” Baylor, if you call picking them to the Final Four sleeping. This was hands down the No. 2 team in the country up until the Bears went on COVID pause and I sort of fell in love with Illinois in the meantime.

But now with that funny business behind us, I’m back on board with Baylor. We’re going to get the Gonzaga-Baylor matchup we’ve been pining for since the regular season matchup was canceled back in December. The only question is, can they cover seven points against Villanova? I say yes.

It’s a shame we don’t have a fun nickname like “Dunk City” for this 15-seed in the Sweet 16. Max Abmas and Kevin Obanor may not be “dropping the anvil” like FGCU, but they can sure light it up.

I’m not so sure they’ll knock of the Razorbacks, but I don’t see Arkansas blowing out the nation’s leading scorer.

Death, taxes, and bubblicious Syracuse reaching the Sweet 16 as a double-digit seed.

It’s fairly astonishing that 76-year-old Jim Boeheim is coaching his 21-year-old son Buddy in the NCAA Tournament, and I’m into it. Buddy can light it up, and against a Houston team that doesn’t allow a ton of 3-pointers, the Orange are going to need it. But I don’t think they’ll get enough.

I’ve been bullish on the Zags since November, and there’s no reason in stopping now. Creighton is a solid team, but this one’s simple for me. Zags are winning.

The Bulldogs are laying a lot of points, and the spread might be in question for the first part of the game, but just wait it out. They’ll turn it on late.

Feast your eyes on Balsa Koprivica vs. Hunter Dickinson. Two massive young men will be duking it out at Bankers Life Fieldhouse, and that’s surely going to be a fun battle.

But what I’ll be watching for is whether the Seminoles can contain the Wolverines on the 3-point line. Michigan hit 10 triples Monday night, including a handful of key shots late to hold off LSU

Nate Oats has the Crimson Tide humming along. After dismantling Maryland on Monday night on 16-of-33 shooting from 3-point range, they now face a UCLA team that allows opponents to shoot better than 34 percent from deep — third worst among remaining teams in the tournament.

The Bruins are also the second-slowest team left in the field, in terms of tempo, and that doesn’t bode well against the Crimson Tide.

USC to the Sweet 16 was one of the easiest picks for me in my bracket. I also had them beating Iowa to get to the Elite 8, but to be honest, this matchup with the Ducks has me a little more worried, if for no other reason than that Chris Duarte has been playing at an elite level this month.

The Trojans beat Oregon without Isaiah Mobley back in February, and I like their chances with him back in the fold, especially after seeing him knock down 4-of-5 3-pointers against Kansas. This one is gonna be a tight contest throughout.

If you or someone you know has a gambling problem, crisis counseling and referral services can be accessed by calling 1-800-GAMBLER (1-800-426-2537) (IL). 21+. IL only. Eligibility restrictions apply. See draftkings.com/sportsbook for details

At long last we’ve finally got some brackets in front of us — which also means we’ve got moneylines, spreads and totals at our disposal.
›
Is Sports Betting Legal in your State?
Betting
›