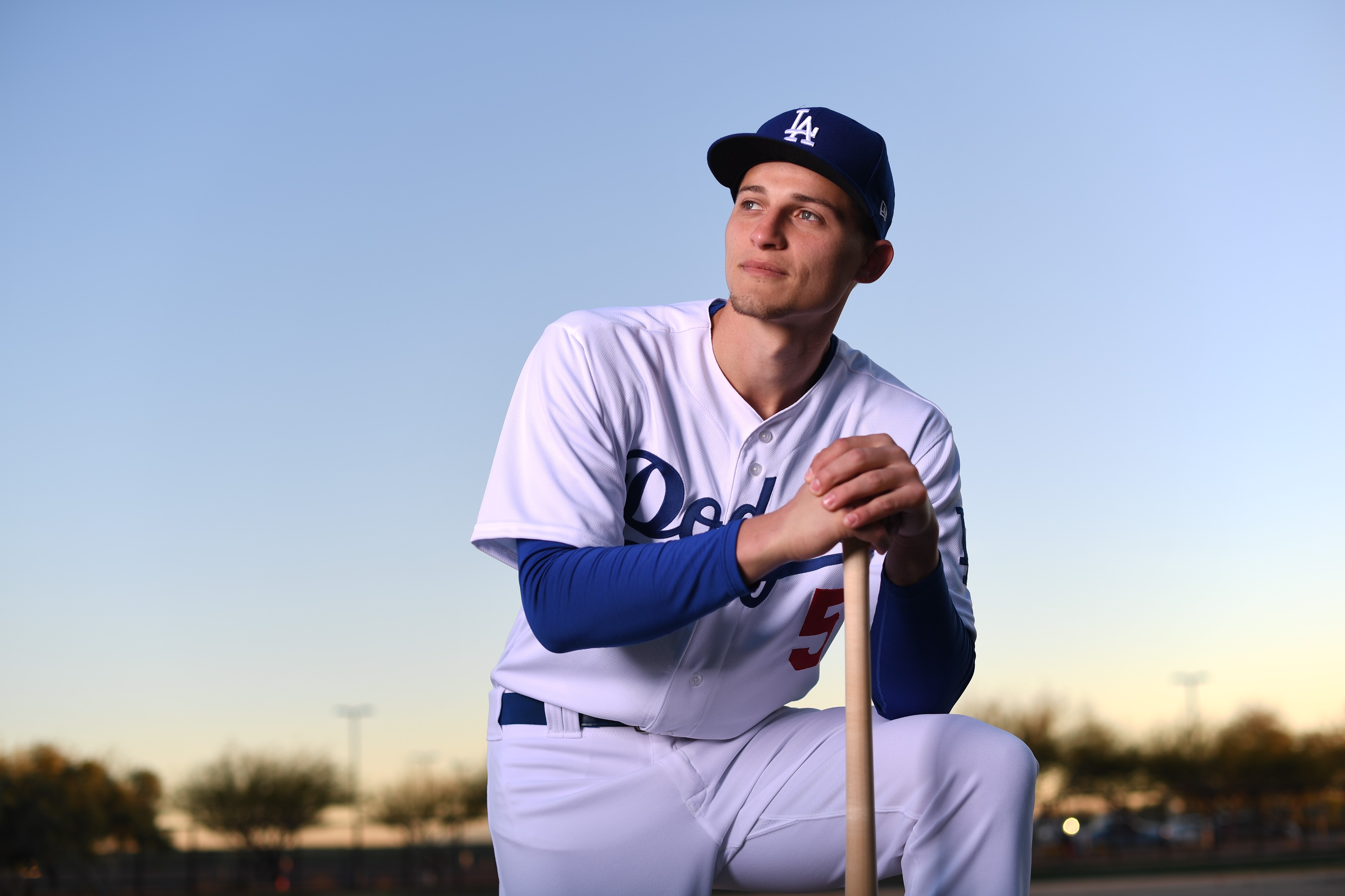 Unless you’re Mike Trout, the traditional MVP storylines and subsequent discussion tends to drift toward the best players on the best teams.

With the Dodgers, that “best team” box — at least in the regular season — might as well already be checked. They’re the heavy favorite to not only win the NL West (-715 on DraftKings), but the NL as a whole (+170, ahead of the Braves at +600) and the World Series (+375). This is an incredible group, one with sky-high expectations from the jump.

Perhaps Corey Seager isn’t the best player on his team. After all, Mookie Betts (+550) and Cody Bellinger (+700) are actually the two favorites to win the NL MVP. But, when looking at potential values, the market’s expectation of a Dodger winning the MVP speaks to the initial point.

Once upon a time — way back in 2016 and 2017 — the 6-foot-4 shortstop was not only the unquestioned best player on the Dodgers, but the future of the franchise. Entering the 2015 season, he was ranked as the No. 2 prospect in baseball according to MLB Pipeline, No. 5 at ESPN and Fangraphs and No. 7 at Baseball Prospectus.

ESPN’s Keith Law described his swing as such:

“Seager's swing isn't textbook, but it's very quiet, especially in light of the thunder it produces, producing strong contact rates as well as plus power. He loads his hands a little low and deep, but he gets to everything — velocity, spin, inside and outside pitches — and has the ability to drive the ball the other way with what seems like a flick of his wrists.”

Seager immediately lived up to the billing and won the NL Rookie of the Year in 2016, running off a 136 wRC+ (36 percent better than average on offense) and a 6.9 WAR on Fangraphs. That season, he was fifth in baseball in fWAR and finished third in the NL MVP voting. Is that good at 22 years old?

If you need a reminder of what we’re talking about, here’s some visual evidence.

Then, injuries hit. After struggling through 26 games in 2018, he was diagnosed with a torn right UCL and had Tommy John surgery, missing the rest of the season. He scuffled (by his standards) early in the 2019 season, regained his footing for two months, then pulled his hamstring in mid-June. Despite recovering from arm surgery and dealing with leg injuries, he still managed a 3.3 fWAR in 134 games. But the shine has worn off a bit.

Seager begins the abbreviated 2020 season entering his physical prime at 26 years old. He’s healthy at the moment. He’s more than two years removed from Tommy John surgery. He’s smack dab in the center of the best lineup in the NL. He plays great defense, hits for power, hits for average, works a count, takes his walk and strikes out less than many of his upper-echelon contemporaries.

This is a team, and a player, you hitch your wagon to. Especially at 40/1.