Whether you’re a fan of betting on the fun stuff or you like to get down and dirty with specific statistics, here are seven props to roll with on Sunday.
Kyle B
|
2/4/2021
Tweet This 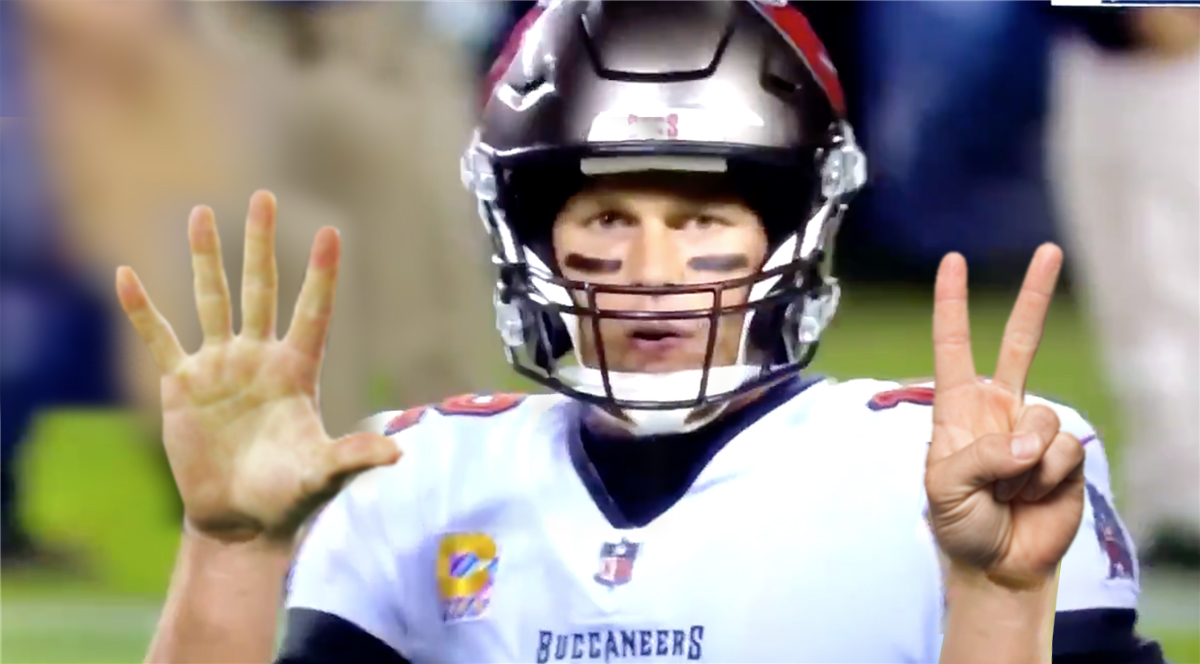 While your Super Bowl Sunday may look a little different than years’ past — maybe you’re not getting together with the same group of friends and family for all your favorite Super Sunday snacks — one thing remains the same.

There are some juicy prop bets out there!

Whether you’re a fan of betting on the fun stuff — the coin flip, length of the national anthem or color of the Gatorade shower — or you like to get down and dirty with specific statistics, prop bets are more readily available than ever this year, as mobile sports betting continues to spread across the states.

Here are seven props I’m rolling with on Sunday, now that the Draft King Sportsbook app is live in Michigan.

I’m going to start this off with a fun one. Who doesn’t love to see a big dude rumbling into the end zone? The last time we saw it in the big game was Super Bowl 50 when Broncos DL Malik Jackson recovered a fumble in the end zone in the first quarter.

But the most iconic was when the Bears’ William “The Fridge” Perry plowed through the Patriots defensive line in Super Bowl XX.

Draft Kings is offering +2000 odds for an offensive lineman to score Sunday, or +800 for an OL or DL to find the end zone, which opens the door for a scoop and score or pick-six by the likes of Frank Clark or Ndamukong Suh. I’m not saying it’s gonna happen, but for the sake of big fellas everywhere, I’m going to bet on that +800 for a fat guy TD.

Draft Kings is setting the over/under for this prop at 24.5, so I took a little time looking at which players fall on either side of that line.

The Chiefs have three or four real good candidates with jersey numbers under 25 — Tyreek Hill (10), Sammy Watkins (14), Mecole Hardman (17), and of course Patrick Mahomes (15), who would have to run the ball into the end zone in order to qualify. On the flip side, though, all their running backs — namely Clyde Edwards-Helaire (25), Darrel Williams (31) and Le’Veon Bell (26) — are above that mark, as well as one of Mahomes’ favorite targets, Travis Kielce (87).

In 37 combined games this season, the Chiefs or Bucs scored the game’s first touchdown 20 times, of which 70 percent were scored by players with jersey numbers under 25.

That’s all a very long-winded way of saying… I really don’t know who’s going to score the game’s first touchdown, but more often than not for these two teams this season it’s been by the likes of Tyreek Hill, Patrick Mahomes, Mike Evans or Chris Godwin. So I’m picking UNDER 24.5 (-103).

What a wonderful quarterback matchup we’re getting for this Super Bowl. The king of the league for the last two decades against the heir apparent — Brady v. Mahomes. When these teams met on Nov. 29, Mahomes outdueled the G.O.A.T., throwing for 462 yards and three TDs on 37-of-49 passing. Despite two interceptions, Brady had a pretty solid game himself, putting up three TDs himself, with 345 yards to boot.

If you’re like me, you might’ve been questioned for trading for Leonard Fournette in the first few weeks of the fantasy football season. He hadn’t done much...yet. But Fournette finished the season strong, especially proving himself to be a solid option as a pass catcher out of the backfield. He averaged 3 REC and 22 yards per game in his final nine regular season games on top of a solid rushing attack. And now he’s taken it a step further in the playoffs, averaging 4.6 REC and 34 yards in the Bucs’ three playoff wins.

Rookie Clyde Edwards-Helaire, meanwhile, has been a bit streaky as a pass-catching back. He’s had games where he’s posted 70 and 59 yards on a bevy of targets, but he’s also been nearly shutout in plenty of games, too. In his one playoff game, CEH was targeted just twice and had one catch for no yardage. That’s why I’m picking Fournette (-152) to have more receiving yards than Edwards-Helaire (+122).

As for the battle for more rushing yards between those two players, I’m going with Fournette (-182) to outgain Edwards-Helaire (+145) on the ground, simply because he’s seemed to be a bigger focal point than the rookie, who had just seven yards on six carries against the Bills. Furthermore, the Chiefs have a seemingly endless stable of offensive weapons, which will likely diminish the number of times the stud rookie carries the rock.

I’ll start by saying I think we’re in for a hell of a game Sunday night. It’s a pretty even matchup for me, as I could see Tampa Bay’s defense holding the Chiefs in check and having enough offense to come out on top. It is Tom freakin’ Brady in a Super Bowl, after all. But I’m picking Kansas City to win by 7-12 points (+420), because we’ve all seen how explosive that offense can be. I can’t see it getting any higher than that, though.

What will be the First Penalty of the game?

If you don't want spend the big bucks on sports bets, enter our FREE Jackpot game during the Big Game. It's simple. We ask a question. You answer. If you are correct? Well, you win the Jackpot! For Sunday we have 5 Jackpots posted. You could win BIG without spending a nickel. Get in there!

The NBA trade deadline is 3 weeks away and a cloud of uncertainty hangs over this Bulls team and its future plans.
›
Is Sports Betting Legal in your State?
Betting
›

Twitter Rumor: Will Lonzo Ball be Traded to the Chicago Bulls?

$50 Jackpot: How many total Free Throws will the Utah Jazz make?