The NFL season is nearing the finish line, it’s conference championship weekend in college football, and we’ve got a killer college hoops showdown. What a time to be alive.
Kyle B
|
12/18/2020
Tweet This 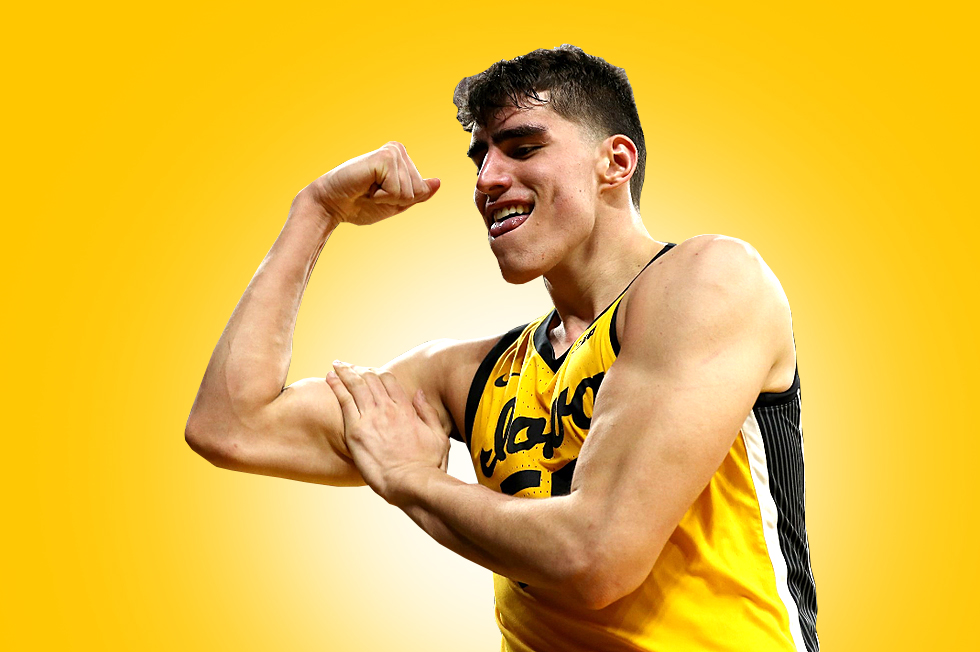 The NFL season is nearing the finish line, it’s conference championship weekend in college football, and we’ve got a killer college hoops showdown. What a time to be alive.

I went 4-3 in last week’s picks (a major improvement from that 1-6 debacle), bringing my overall record to 17-20. I’ve got seven more picks to keep me glued to the couch weekend as I try and climb back over the .500 mark.

Big Ten Championship — No. 4 Ohio State vs. No. 14 Northwestern

The Buckeyes haven’t played much over the last three weeks, due to various COVID outbreaks, but I think we can count on Ryan Day having his team ready to roll. There has been a lot of talk about whether OSU is deserving of a spot in Indy because it only played five games. Justin Fields & Co. will put those doubts to bed against the Wildcats, who haven’t seen an offense nearly as good as the Buckeyes all season.

It’s been two straight weeks that we’ve seen marquee college hoops matchups get canceled or postponed because of COVID-19 — first it was No. 1 Gonzaga vs. No. 2 Baylor, then it was the Bears’ showdown with No. 13 Texas. It appears we’re finally going to get the monster game we’ve been craving with this juicy battle.

I think Mark Few’s Zags are undeniably the best team CBB has to offer this year, but this one will be tough. Not only are they facing a very impressive Hawkeyes squad led by player of the year candidate Luka Garza, the Bulldogs haven’t played in more than two weeks. It could be a bit of a slow start for them, but I think there’s too much firepower for Iowa here. I like the Zags to cover, but not run away with this one.

The last time these two got together, we were treated to what was probably the best game of the entire college football season, even if we all thought Irish fans rushing the field during a pandemic was irresponsible. Things will be a little different this time around as presumptive No. 1 pick Trevor Lawrence will be under center for the Tigers.

As he looks to reach his third straight national title game — what would be the Tigers’ fifth appearance in six years — this will be his toughest task yet, against an Irish defense that ranks in the top 15 nationally in points and yards allowed per game. The only time it’s truly struggled this year? When it gave up 40 points to Clemson, with Lawrence on the sidelines. I think Lawrence and Ian Book are going to light up the scoreboard in another thriller.

We’ve reached the point of the NFL season where we get some Saturday games! And it looks like it’s going to be cold at Lambeau Field — the way a late December game should be. But there’s no snow expected, and it won’t be so cold that Aaron Rodgers can’t link up with DaVante Adams and that solid WR corps a few times against one of the worst defenses in the league.

Matthew Stafford didn’t practice all week and may not play Sunday in Nashville. Even if he does, I’m not sure the Lions will have the tools to keep this one close. Detroit has a bottom-five run defense and they’ll be up against Derrick Henry, who just ran wild on the Jaguars last week. The only question is, do we have to worry about this being a trap game for Tennessee, with a huge SNF matchup against Green Bay looming next week?

This isn’t exactly the most intriguing Sunday Night Football game of the year, but after Monday’s thriller, any excuse to watch Baker Mayfield and the Browns again is a good one. Even with the Giants just one game out of first place in the “NFC Least,” I’m going to fade them over the final stretch of the season, until I’m proven otherwise. They had a good run to climb back into playoff contention, but I think it’s over at this point.

My gut tells me to go against the Steelers, who have lost two straight and haven’t covered a spread since before Thanksgiving, as their sizzling start to the season has unraveled into a little uncertainty recently. But then I remembered the Bengals, losers of five straight, have covered just once during that stretch. Without Joe Burrow, this team is in rough shape. I like Pittsburgh to get back on track and remain in the mix for the AFC’s No. 1 seed.