Tonight's game is packed with high-end talent on both sidelines and should be sufficiently entertaining. But in case you were in need of a little more excitement, here’s a monster 10-leg parlay of prop bets to keep things interesting.
Kyle B
|
12/11/2020
Tweet This 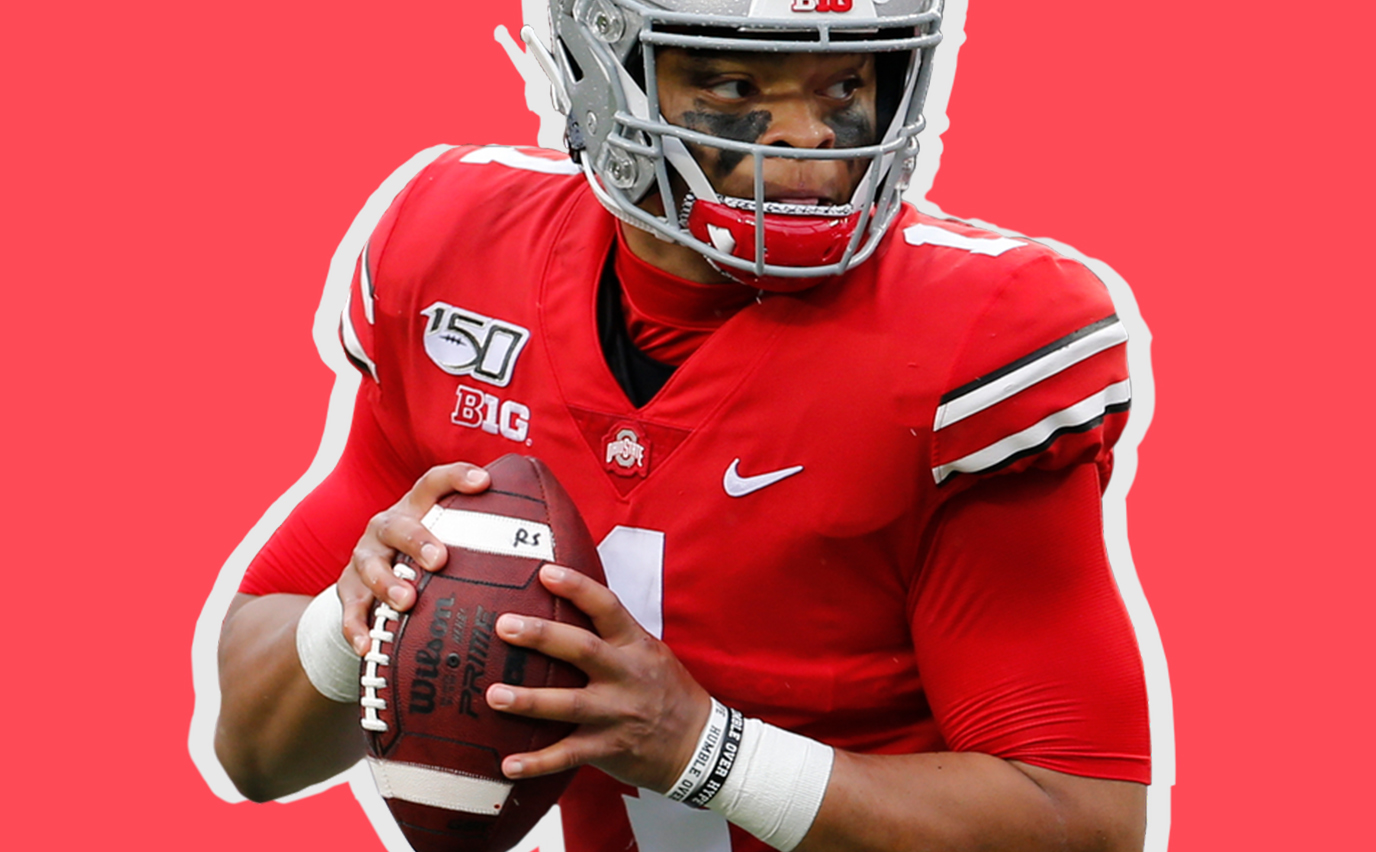 The time has come to crown college football’s national champion. We’ve navigated the strangest, most unbelievable season in the sport’s history — yes, even more absurd than the upset-riddled 2007 — and one team will lift the hardware Monday night.

Say what you will about Ohio State’s shortened season, the Buckeyes proved they’re more than worthy of a spot at the table after dismantling Clemson in the semifinal. And now they’ll be looking to stave off another installment of the Alabama dynasty. The Crimson Tide are vying for their sixth title in a dozen years — a feat anyone must respect and admire, no matter how sick we grow of the Tide.

Monday’s game is packed with high-end talent on both sidelines and should be sufficiently entertaining. But in case you were in need of a little more excitement, here’s a monster 10-leg parlay of prop bets to keep things interesting.

I’ll come right out and say the odds that this thing hits are astronomical. It’s not the smartest bet. But, boy, would it strike it big. A $100 bet would pay out a whopping $7,679.60. But if we’re being practical, a mere $5 bet on this would yield $384.11 and a whole lot of fun tracking all the different bets throughout the night.

I’ll get it off my chest right away — Ohio State is good, but they haven’t seen a team like Alabama all season. I think they’ll keep it entertaining throughout, but I’m putting my faith in Nick Saban to get another national title under his belt.

As for the Tide scoring first and having an edge after the first quarter, here’s my rationale: The Buckeyes have started slow in most of their games, while Alabama has typically gotten right down to business.

You can almost surely count on Najee Harris to hit pay dirt Monday night. The Alabama senior running back has racked up 24 touchdowns in 12 games, scoring in nine of the Tide’s 10 regular season games. He didn’t manage to score in the semifinal against Notre Dame, but did post 125 yards on 15 carries.

Heisman Trophy winner DeVonta Smith has a knack for finding the end zone, too, scoring 20 times this season. That includes three against the Irish on seven catches for 130 yards.

OSU running back Master Teague’s availability for the CFP title game has been in question after being injured in the Big Ten championship and missing the semifinal against Clemson. But Teague reportedly practiced over the weekend and is trending towards playing. He started the year hot, scoring six touchdowns over the first four games. I have a hunch that Teague will be raring to go and will find the end zone for the Bucks.

Lastly, I’m banking on Mac Jones to out-throw Justin Fields, who got banged up against Clemson, but is expected to be the starter. Jones absolutely shredded Notre Dame for nearly 300 yards and four touchdowns in the Rose Bowl. He surpassed the 350-yard mark in six games this year, en route to 4,036 yards — second in the NCAA, behind only Florida’s Kyle Trask.